In an attempt to juggle child care, school drop-offs and pickups and have the most possible time with Juniordwarf, while still working the same number of hours as I used to when I worked three days a week, Monday has become my ‘long day’ at work, at least temporarily.

This means that I am lucky enough to get up at 5.20 am, catch the 6.30 am bus and get into work a bit before 8.00 am. I still haven’t mastered the art of going to bed early, and if I get woken in the middle of the night, which I did last night, I find it very difficult to get back to sleep.
So this morning I felt pretty ordinary.
You can imagine my delight then, this morning, when I arrived at work to see the building in darkness, people standing around the front door and murmuring ‘no power’.
Thoughts of having been able to stay in bed a bit longer swept through my mind as I sat on the front step clutching my coffee (in my funky red cup), willing the caffeine to energise my still-stupefied-with-tiredness brain. (I’d had a snooze on the bus, but as it got closer to town, had to force myself to stay awake, as I was worried I was going to sleep past my stop and end up who knows where. Maybe back home again, with a bit of luck.)
After a few minutes, power to the building had been restored and we were allowed in. Not convinced that the lift wouldn’t lose power on the way up, and put off a bit by the large number of people waiting, I took the plunge and decided to walk up the more than several flights of stairs to my floor. I figured that death by over-exertion would be preferable to death in a confined space.
When I made it up to the office, it became apparent that while the lights were on, the computers weren’t, so even having arrived, there wasn’t a lot I could actually do. 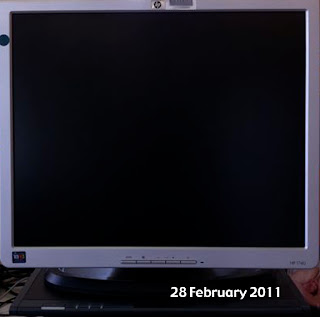 My next concern was whether the hot water was on. I was going to need more than one coffee this morning. Notwithstanding the fact that the office hadn’t actually started to function at this point, you could say that the public service would, er, grind to a halt without coffee.
Fortunately it was only the computers that were down, so more coffee was to be had.
While I was waiting – and what better time to organise my work for the coming week and catch up on some reading – the thought occurred to me that maybe a quick snooze under the desk might not be out of the question. But it really doesn’t look that comfortable. And even if I could sleep under there without being seen, the actual act of crawling under the desk would be sure to attract attention. In an open plan office, nothing is secret.
So I continue to consume vast quantities of coffee, while telling myself that next week will be different. I will go to bed early and I won’t be a tired mess.
Share this